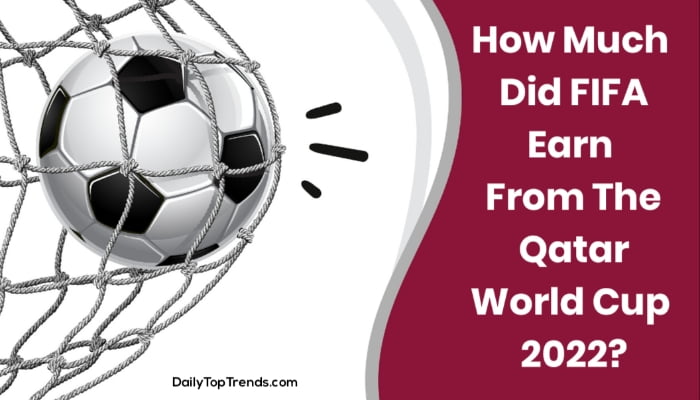 Argentina has immersed the world champion after 36 long years. Where fans have been still celebrating the victory for Lionel Messi. Who finally Has Lifted the World Cup in his own lifetime but the questions buzzing on social media are all about the trophy is it made of real gold? How much is it really worth and how much business has this month-long football frenzy really garnered for both the host country and for FIFA.

The trophy is it made of real gold?

So, here’s what you should know about it as well the trophy first let’s talk about that the FIFA World Cups trophy is actually 36.5 centimeters tall it has a base of 13 centimeters in diameter and it weighs around 6.1 kilograms and this trophy is made of pure 18 karat gold and is actually worth about, hold your breath 20 million US dollars or in Indian rupees if you want to know it actually is made of 144 crore rupees well till you digest that there is a Twist that you should also know the real solid gold trophy is actually not given to the winning team it’s rather a replica of a bronze trophy with gold plated is actually awarded to the team.

The solid gold FIFA World Cup trophy is actually kept at the Museum in Zurich Switzerland and that’s from time to time for fans to really view it as well.

Now how much money have the teams really won here?

How much did FIFA earn from the Qatar World Cup 2022?

But overall, it’s FIFA that goes home the richest after all of this FIFA mainly earns from five categories the television broadcasting rights the marketing rights the hospitality rights the ticket sales licensing rights and the other Revenue sources too. But FIFA has said that it has earned an unprecedented 7.5 billion dollars in revenue from the four years of commercial deals that are tied to the 2022 World Cup in Qatar while it had predicted just about 4.7 billion dollars.

The host country Qatar on the other hand had reportedly spent about 229 billion dollars on the entire infrastructure in the last 11 years since winning the bid to host this World Cup it is expected that the country has now generated roughly about 7.58 billion dollars in Revenue stopping the previous record of 5.4 billion dollars from the 2018 World Cup in Russia. Now thanks to this once in a four-year tournament Qatar’s GDP is now estimated to grow by 4.1 percent in 2022 and as Qatar’s tourism sector has also been steadily bouncing back from covid impact the country is now looking to make it 12 percent of its GDP by 2023. As we look forward despite the Clarion calls of recession worldwide in 2023 what we expect is that the money is only expected to grow for FIFA. The next four-year budget which was already presented on December 16 to the FIFA Council really pegs its total earnings at 11 billion dollars for the World Cup 2026 which now will be hosted by three North American countries the U.S Mexico and Canada.